The Depression Cycle After Infidelity

Anger and Depression: Part of Healing from Infidelity

Mark found out that Lisa was having an affair. He was caught up in couple of normal emotional cycles.

First, he was caught up in the Obsession Cycle.

I want to talk about the second cycle, the Depression Cycle. This is a very common cycle that causes emotions to cycle back and forth. You go back and forth between anger and depression.

Mentors, it’s helpful to understand this cycle and to know that couples are going to go through it. It’s normal and it’s part of the process. 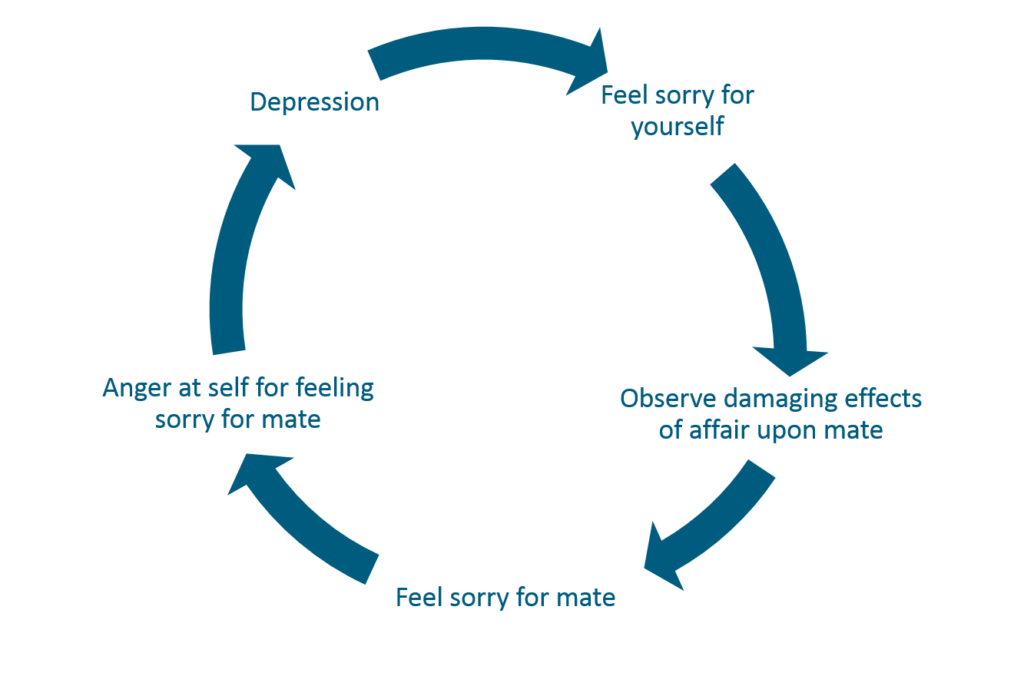 Dave Carder defines this cycle in his book, “Torn Asunder: Recovering from an Extramarital Affair.”

I asked Mark, “How have you been feeling?”

Mark replied, “When? My emotions are all over the place.”

Mark was cycling between anger and depression. Sometimes, this was happening multiple times in a day, even in an hour. We’ve heard this from a number of couples.

Mark, who didn’t really understand his emotions, wasn’t sure how to handle it. He wondered if he was going out of his head.

On one side, you think only about yourself. You think about the injustice and how it has impacted you. This causes you be angry and blame. You might rage at your spouse.

On the other side, you think only about your mate. You feel sorry for them. You start to excuse the wrong. You justify their actions. You may even become angry at yourself for feeling sorry for your mate. This causes you to be depressed.

You grieve. You may not know how to handle it.

The problem is when someone gets stuck on either side.

If someone gets stuck in being angry at their spouse, it can lead to bitterness and resentment. You stay angry when you don’t process the anger. This is not going to lead back to a healthy relationship. Rather, in the future, whenever something reminds them of the issue, anger will flair back up and the relationship will be torn down. This is not a good place to live.

If someone gets stuck in excusing the wrong, it can cause either shutting down of emotions or depression. This also does not lead back to a healthy relationship. When someone shuts down their anger, it can also shut down their feelings of love. It doesn’t allow love to grow. The relationship never gets back into a healthy give and take.

Worst case, it ends up in depression.

Neither of these ways will lead back to a healthy relationship.

Encourage the couple to:

The hope that comes out of this is that couples can come out in a better spot than they ever were before. Their marriage can be stronger than it ever was.

Some of the best mentors that we’ve seen have recovered from affairs. I love to get them involved in marriage ministry because they can empathize with what the couples are going through.